The people we love are thieves.
They steal our hearts. They steal our breath.
They steal our sanity.
And we let them.
Over and over and over again.
*********************************************
They say you never forget your first time.
Mine was with a homeless musician who effed my brains out under a bridge.
He was my first love. And fourteen years later, I still can’t get him out of my head.
He broke all my rules.
He also broke my heart.
I watched him climb to stardom, cheering him on from afar.
But I was never a fan; just a girl in love.
Like a tornado, he spiraled, leaving a path of destruction in his wake.
But love conquers all, right? It has to. Because here I stand, ravaged and ruined, needing it to be true.
You can’t go back, but I want to. Back to the bridge. Back to when he sang only for me. Before he was famous. Before he shattered my heart.
I thought I knew everything about him.
But I could not have been more wrong.
He promised me every tomorrow. And here I am, waiting.
And hoping.
Again.

END_OF_DOCUMENT_TOKEN_TO_BE_REPLACED

Oskar used to be Marco’s best friend. His everything. His sunshine yellow.

But that was before. Before Marco stopped being a hot jock. Before he learned to live with scars and pain. And before Oskar tore their friendship apart.

Now the boy next door has returned home, determined to rekindle his friendship with Marco, and Marco’s more afraid than ever. Afraid of getting hurt. Afraid of being humiliated.

Afraid of falling in love.

Can Oskar find a way through Marco’s fear, back into his heart?

True Colors is an enemies to lovers, boy next door, first time, slow burn M/M romance with a generous helping of UST. This no-cliffhanger, HEA book can be read as a standalone.

END_OF_DOCUMENT_TOKEN_TO_BE_REPLACED

Haunted by a photographic memory, I couldn’t escape the worst night of my life.
The blood they shed.
The pain they endured.
The evil that still walked free.
It was all I saw. Those memories, my childhood—the images.

But nothing lasts forever.
Torment turned to blinding rage. Hate sought revenge, which pursued death.
Then there was life.
The moon.
Rylee Anderson.

I had to choose…

END_OF_DOCUMENT_TOKEN_TO_BE_REPLACED

Sometimes your life is split by a single decision.

I’ve spent every day of the last seven years regretting mine: he left, and I didn’t follow. A thousand letters went unanswered, my words like petals in the wind, spinning away into nothing, taking me with them.

But now he’s back.

I barely recognize the man he’s become, but I can still see a glimmer of the boy who asked me to be his forever, the boy I walked away from when I was young and afraid.

Maybe if he’d come home under better circumstances, he could speak to me without anger in his voice. Maybe if I’d said yes all those years ago, he’d look at me without the weight of rejection in his eyes. Maybe if things were different, we would have had a chance.

One regretted decision sent him away. One painful journey bought him back to me. I only wish I could keep him.

END_OF_DOCUMENT_TOKEN_TO_BE_REPLACED

A move back to Boston to live with her mother, triple check.

It can’t get much worse, right?

When she starts her new marketing job at EXtreme Effects, she’s positive shit’s stopped hitting the fan. Sure, what she’s advertising is a little … unorthodox, but it pays the bills. And since she’s seconds away from becoming Lucy Williams: Wednesday Night Bingo Enthusiast, she needs money to get the hell out of her mother’s house.

The only problem is her boss, Mr. Extreme himself: Jace Exley. He’s everything any sane woman dreams of—alpha, successful, ridiculously gorgeous. He’s also Lucy’s worst nightmare. Because like every overachiever, she has that underachiever she brushed off. The slacker who, once upon a time ago, was the object of her dirtiest schoolgirl fantasies.

Jace Exley—with his sarcastic smirk and delicious accent—just happens to be that guy.

And the friction between them?

Well, that’s the only adulting Lucy seems to be winning at.

END_OF_DOCUMENT_TOKEN_TO_BE_REPLACED 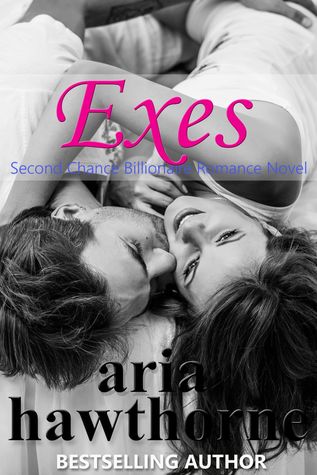 END_OF_DOCUMENT_TOKEN_TO_BE_REPLACED

Marlo … wild-eyed, untamed, and every single thing I’ve ever wanted from this life. I wasn’t ready for her back then. I was a stupid boy with adult feelings and no idea what to do with them. I squandered away every chance she gave me.

Yes, love like ours either burns white hot or crumbles under the pressure.
And now I’m back to sift through the rubble.

Questions and excuses are two things I have in spades. What I need now are answers.
Answers and Low.
Always Low.

My name is Ever Montgomery, and this is my story of love resurrected.