Dashiell Thane wasn’t a nice guy.
He was an abrasive, demanding, conniving, intolerable brat.
Yet somehow, we’d been best friends our whole lives.
Until our senior year when I finally decided to dip my toes into the dating pool.

All it took was one kiss for jealousy, lies, and betrayal to sweep in and propel us heart first into dizzying, hostile depths.

END_OF_DOCUMENT_TOKEN_TO_BE_REPLACED

The people we love are thieves.
They steal our hearts. They steal our breath.
They steal our sanity.
And we let them.
Over and over and over again.
*********************************************
They say you never forget your first time.
Mine was with a homeless musician who effed my brains out under a bridge.
He was my first love. And fourteen years later, I still can’t get him out of my head.
He broke all my rules.
He also broke my heart.
I watched him climb to stardom, cheering him on from afar.
But I was never a fan; just a girl in love.
Like a tornado, he spiraled, leaving a path of destruction in his wake.
But love conquers all, right? It has to. Because here I stand, ravaged and ruined, needing it to be true.
You can’t go back, but I want to. Back to the bridge. Back to when he sang only for me. Before he was famous. Before he shattered my heart.
I thought I knew everything about him.
But I could not have been more wrong.
He promised me every tomorrow. And here I am, waiting.
And hoping.
Again.

END_OF_DOCUMENT_TOKEN_TO_BE_REPLACED

Battered, barefoot, and huddled under a bookstore awning in the pouring rain, Blue only knows one thing. After fifteen months of captivity, finally… she is free.

Self-made millionaires JD and Ark are not out to save anyone when they stumble upon a wet and shivering girl one early Sunday morning. But when you sell sex for a living and salvation rings your bell… you answer the call.

After years of searching, love lifts the veil of darkness, and three people—with three very big secrets—find themselves bound together in a relationship that defies the odds.

This trinity might be perfection… but not everything should come in 3’s.

END_OF_DOCUMENT_TOKEN_TO_BE_REPLACED

Javier Estrada is the king of Mexico.
Evil. Twisted. Psychopathic.
A cruel madman with a killer smile.
And he is my boss.

My duty is to blend in, clean his home, and not make a peep.
I’ve done my job well for years.
Imbedded myself so deep in his world, he’s never going to get me out.

But I am this king’s worst nightmare.
Bad men like him took everything away from me.
I will never forget.
He will pay for the sins of many.
I’ll just bide my time—watching, waiting, calculating—until the time is right.

When I strike, he won’t know what hit him.
The monster who rules Mexico with an iron fist may not bow to anyone…
But I’m not just anyone.

He will bow to me.

END_OF_DOCUMENT_TOKEN_TO_BE_REPLACED

Finlay Thatcher is a lost soul, guilt-ridden after the death of her twin brother. When Alabama’s football coach gives her the opportunity to work for him, she knows it’s her chance to move on, even if it means living her brother’s dream.

Caden Brooks is Alabama’s star quarterback. He’s got it all. The attention of adoring fans. A girlfriend who’d do anything to hold on to him. And a future in the pros. He’s getting along just fine until Finlay steps into his life, despising him at first sight and pushing his buttons like no other.

Unfortunately for Finlay, and her attempt to keep Caden at arm’s length, there’s nothing Caden loves more than a challenge. The problem with this challenge is she comes with a secret that has the power to destroy everything.

END_OF_DOCUMENT_TOKEN_TO_BE_REPLACED 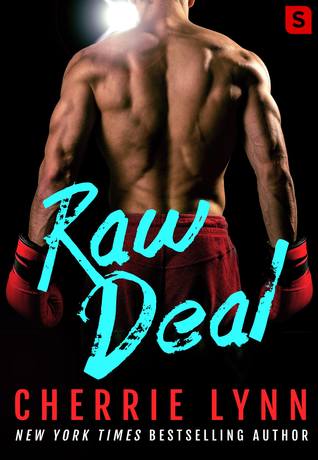 Savannah’s brother was killed in a cage fight with Mike “Red Reaper” Larson after a savage punch to the head.

When Mike shows up at the funeral, he’s nothing like Savannah expected. Gone is the fierce, brutal beast she’s seen in the cage. In his place is a beautiful man torn with guilt, seeking forgiveness, and willing to do anything to ease her pain.

Her family doesn’t approve, but her heart doesn’t stand a chance. Irresistibly drawn together, neither of them can deny the intoxicating desire unleashed between them, turning their pain into the most exquisite pleasure.

But every time Mike steps into the cage, Savannah knows she could lose him too. She can’t go through that again, but how can she let go of the one man who sets her body and soul on fire?