He died that night, alone, in the rain, in the dark, the boy that called me baby girl.
I was only seventeen; we were going to be together forever.

On his way to pick me up for prom, he swerved. I’ll never know what made him do it, what killed the boy I’d loved my whole life. With roses clutched in his hand, he bled out in icy wetness all alone.

His best friend is here though, and I’m pretty sure he loves me.
But after the accident, I left for a year and didn’t look back.

Now I’m back in town and my heart is like shattered glass.
Do I pick up the pieces and risk getting cut? And do I let another boy call me baby girl?

Phoenix, I think frantically, searching the crowd for my childhood friend. I can’t even imagine the boy I grew up with in a sleazy place like this, feeling up girls in too-small bandage dresses and waving cash around as two men beat each other to pulps for entertainment purposes.

It’s disgusting is what it is.

No, the Phoenix Benoit I know would never bet on something like this.

My eyes widen as I spot the big Cajun man leaning against the wall kitty-corner to the one I’m now leaning against, palm splayed wide against the corrugated metal. He’s shirtless and sweaty, his tattooed chest rising and falling as he watches the fight in the ring play out, ignoring the shouts and cheers of the crowd. He’s tense, and tired, wrapping a white bandage around his right fist, those silver eyes distant and far away.

“Up here, come on!” the girl with the iPad shouts, waving for me to follow her up a set of stairs and along a narrow walkway. There are people up here, too, sitting in balconies that overlook the action but keep them separate from the sweaty masses. Probably the men whose cars were parked out front, the ones driving BMWs and Ferraris and Bugattis.

Their eyes track me as I walk by, like lions searching the savannah for prey.
I feel sick.

The woman with the iPad takes me to a series of seats that protrude over the people in the crowd, spotlights hot and blazing above my head. She parks me there next to a row of other girls who eye me with an even mix of curiosity and hatred. Hmm.

“Wait,” I say, grabbing the woman’s arm before she can head back down the stairs. “What do I do now?”

She smiles tightly at me and gestures with the iPad toward the cage and the two men fighting inside of it.

“Pray the man you want to win, wins. And that he picks you.” She shrugs and moves back down the steps, leaving me there with four other girls and two effeminate looking young men that are as dressed up as the rest of us are.

Jesus Christ, what is all this shit?

As I step into the row of well-dressed men and women, the crowd murmurs in excitement, gazes cast in my direction. Money changes hands. My eyes flick to Phoenix.
It takes him a moment, but then he slowly tears his attention away from the ring to look up at me.

Those gray eyes go wide and all the color drains from his tanned face.

Our gazes meet and my breath leaves me in a rush, a connection thrumming between us even in a place as dirty and disgusting as this. A muscle in his jaw ticks as he pushes off the wall and makes his way toward me. Men get out of his way quick, and when they don’t, he shoves them violently from his path. Heading for the steps, he speaks briefly to the armed guard at the bottom of them, and then scoots past.

C.M. Stunich is a self-admitted bibliophile with a love for exotic teas and a whole host of characters who live full time inside the strange, swirling vortex of her thoughts. Some folks might call this crazy, but Caitlin Morgan doesn’t mind – especially considering she has to write biographies in the third person. Oh, and half the host of characters in her head are searing hot bad boys with dirty mouths and skillful hands (among other things). If being crazy means hanging out with them everyday, C.M. has decided to have herself committed.

She hates tapioca pudding, loves to binge on cheesy horror movies, and is a slave to many cats. When she’s not vacuuming fur off of her couch, C.M. can be found with her nose buried in a book or her eyes glued to a computer screen. She’s the author of over thirty novels – romance, new adult, fantasy, and young adult included. Please, come and join her inside her crazy. There’s a heck of a lot to do there.

Oh, and Caitlin loves to chat (incessantly), so feel free to e-mail her, send her a Facebook message, or put up smoke signals. She’s already looking forward to it. 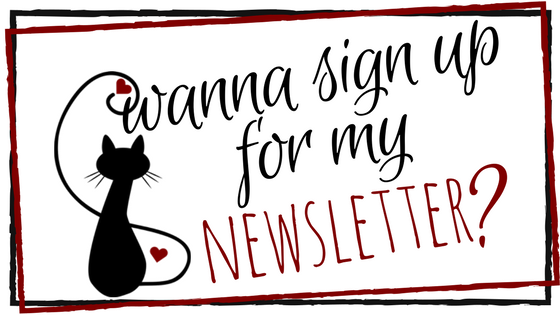 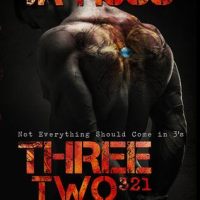