When I first met Jasmine Greene, she came in as raindrops.

I was the awkward musician, and she was the high school queen.
The only things we had in common were our music and our loneliness.

Years later, she was standing in front of me on a street in New Orleans.
She was different, but so was I. Life made us colder. Harder. Isolated.

Even though we were different, the broken pieces of me recognized the sadness in her.
Now she was back, and I wouldn’t make the mistake of letting her go again.

When I first met Jasmine Greene, she came in as raindrops.
When we met again, I became her darkest storm.

I saw him first, but he’d argue that was a lie.

This is literally the most swoon-worthiest book in the history of all swoon worthy books, and my god am I swooning so freaking hard! I simply can’t tell you how beautiful this book is, until you go ahead and fall into the bottom of this painfully gorgeous story Brittainy has woven here.

I am a huge, huge Cherry fan, and her Elements series is one of my most favourite series’ of all times, and she has been one of my favourite authors ever since I read The Air He Breathes for the first time, so naturally, I went into this book with really high hopes, because um.. number one, it was written by Cherry, and number two, that blurb- that hauntingly beautifully enthralling blurb. I won’t lie, I have been dying to read this book like a crazy woman ever since I read that blurb. And then that cover was released, and I was just so heads over heels for this book, and I hadn’t even read it yet.

So yeah, now that we’ve established that this blurb was one of the best blurbs ever, and that cover is simply gorgeous, lets move on to the next part- the story.

Have I read something similar to this plot before?
Yes.

Did this story still feel authentic and original to me?
Definitely yes.

His kisses were whispers of a forever we’d always dreamed of.

Jasmine and Elliot met as 16 year old high-school kids, when they had both been dreaming of finding their soul in their music. Jasmine was the daughter of a momager hell bent on turning her daughter into a world famous pop singer, and Elliot was just a boy that played the saxophone at the corner of Frenchmen Street in New Orleans, who captivated every passerby with his soul; i.e. what we have is the famous/outgoing girl falls in love with the loner/bullied boy.

And boy was it absolutely adorable.

From the very beginning of the story Brittainy paints Jasmin as this really compassionate teenager that feels for the boy who gets regularly bullied for something he did to protect his sister’s honour, and Elliot as this extremely understanding, fiercely protective kid who goes way and beyond trying to keep the people he loves safe, even at the cost of his own safety. So yeah, it is, and would be really hard to not absolutely instantaneously fall in love with these two. And if you say that you did not, then you’re just a cold cold human being who I’m convinced is also a liar.

The way he stuttered over the word love matched the skipping of my heartbeats.

Right from the first page to the last page of their childhood, the journey felt so alive that it was almost as if the words wrapped themselves around me and dragged me down to that place in New Orleans where Elliot and Jasmine were slowly and surely falling in love with one another.

Until it ended. And I about cried.

Fast-forward six years, and you have Jasmine running from her mother and the life that was forced onto her, right into the arms of her father Ray, and Elliot’s old saxophone teacher TJ. And you have Elliot who spent six years running from everyone including himself, after a terrible incident with his sister catalyses his withdrawal from the world.

And then they collided.

I gently moaned into him as he made love to my lips. Our bodies pressed against one another, two people twisting into a fantasy of yesterdays.

To me, Elliot and Jasmine were perfect, almost too perfect to be honest. So much so that when they cried, they implored you to cry with them, and when they laughed, they made your own heart soar. Falling in love with characters in a story is a process, sometimes even a long one that doesn’t begin until right at the end when they have evolved into what their journey had sharpened them into. So it came as a surprise to me when I fell so effortlessly in love with the shy Elliot, and the fierce Jasmin. There were moments in the book when all I wanted to do was get inside it and hug them both so freaking hard. And that should tell you something.

This book had so much life and heart and soul to it that made you not only appreciate life but your ability to fall in love as well. As some of you might be aware, I’m not a huge fan of swoony stories, but dear heavens! This book was so freaking beautiful that I couldn’t do anything but swoon. And while this book might not be one of her bests, this is still a heart-aching tale woven beautifully.

And there is something to be said about Cherry’s writing. It can’t enough when I say that her writing takes on a world of it’s own, and lives and breathes inside your mind for days to come long after you’ve already put the book down. And that is just so fucking magical.

You’re the music in a mute world, and my heart beats because you’re here.

2 thoughts on “Behind the Bars- Brittainy C. Cherry”

Did you ever go through the whole "crazy in love with angst-ridden fallen angels" phase? No? What was your teenage self obsessed over then huh?
I don't know yet what this book is about, but it's @tjklunebooks and sea in this hot sweltering summer, and the conches just make me want to go to the goddamn beach. But I can't. Because I am not a mermaid and the water is not my natural habitat, despite what I might desperately want. Government orders.
It's officially been a day since I've become one entire year older and to be honest I don't feel it? Do you ever like miraculously feel more matured after your birthday? Because if yes, then I'm definitely doing something terribly wrong. Not that that would be particularly surprising.
Throwback to that time last year when I'd gotten so good at folding paper swans that I'd managed to pretty perfectly fold this nano Swan that fit in the pads of my thumb. Look at how tiny it is! Although I think I gave it away to my brothers wife because she thought it was adorable or something because I definitely don't have it anymore. 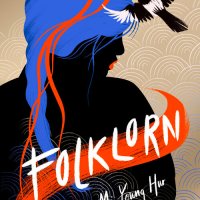